Authorities in Aceh released a married lesbian couple from detention after the lovers agreed not to see each other again.
Nuraini, 21, and her ‘husband’ Rinto, 25, were arrested by the Public Order Officers (Satpol PP) in Southwest Aceh district after it was revealed that Rinto was actually a woman named Rohani. She faked her identity to be able to marry Nuraini. However, the authorities were clueless as to what charges they should lay against on the couple because lesbianism is not regulated under qanun (Islamic bylaws). After three days in detention, the couple were released on Wednesday.
Speaking on the phone to the Jakarta Globe, Muddasir, the head of Satpol PP in the district, said that Nuraini and Rohani had been returned to their respective parents.
“They were returned to their parents after they promised not to see each other again. If they violate the agreement, they will be given sanctions according to the customary law [adat],” Muddasir said. However, the agreement did not mention the form of punishment.

“The punishment will be decided later by adat leaders,” he said. According to Muddasir, some village officials were angry at Rohani but they finally agreed to let her return home. “I told them not to beat her up because she had promised to repent for her sins,” he said. Both women signed the agreement witnessed by local officials and religious leaders. “[Officials and ‘adat’ leaders] had also agreed to keep the women from seeing each other again. They will monitor and guide them,” he said. “Of course they agreed because otherwise they should be beheaded because what they did was strongly forbidden in Islam.” Previously, Rohani told local media that her marriage to Nuraini had been “annulled” by the Religious Affairs Office in Darul Makmur district. They were married by an unofficial cleric provided by the district. “We were married so that we could still live under the same roof but then they found out my real identity,” she said. Muddasir played down Rohani’s statement about the marriage, claiming it had never been legal. “How could we divorce them if their marriage was illegal because there are no legal regulations that allow a woman to marry another woman.”

Hartoyo : Coming out for his rights 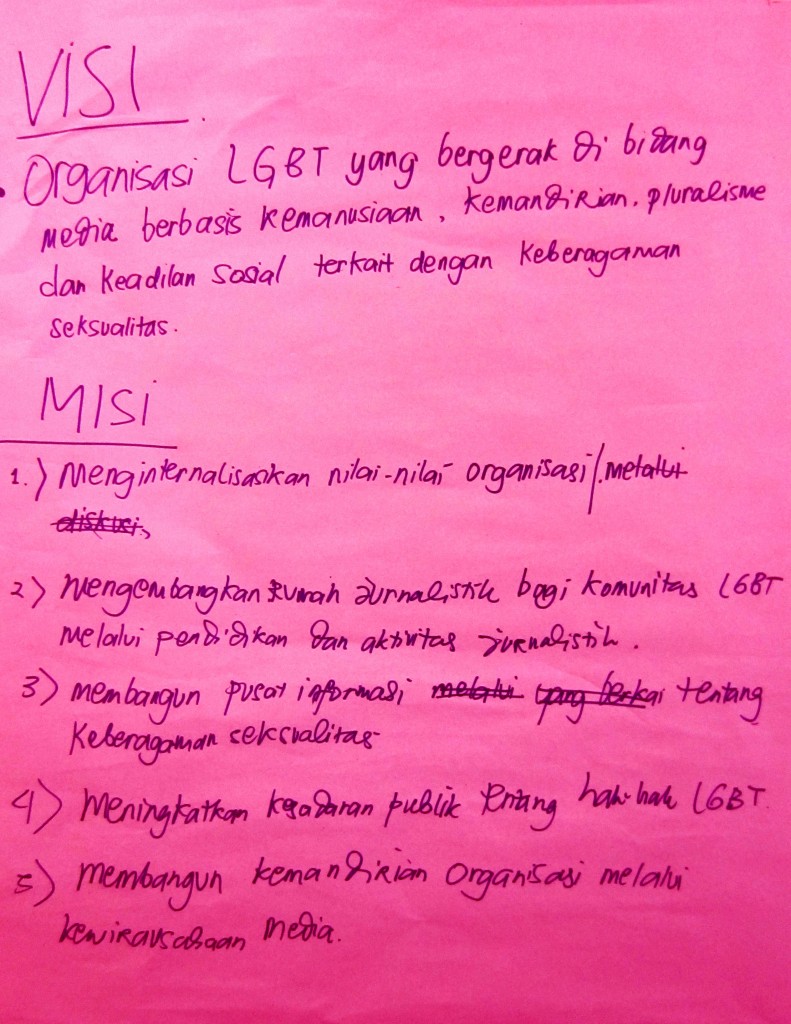 When he was an NGO worker involved in gender rights in farming communities, Hartoyo says he was greeted as a hero wherever he went. Today, in his more personal battle for gay rights in Indonesia, it's a much lonelier journey. "Fighting for gay rights is so different from other humanitarian causes such as education or helping the poor, even sex workers," says the 33-year-old, known as Toyo. "If we are working for gay rights, we're considered somebody who is totally amoral. I'm not out to be a hero, but we are not even given respect as a person trying to achieve something." He puts the stigma in blunt terms. "They think I am just fighting for penises and vaginas. That is the challenge for me."

The founder of One Voice, a group for empowering gay and bisexual men in Indonesia, is about to take another step in his journey.

His autobiography Biarkan Aku Memilh: Pengakuan Seorang Gay (Let Me Choose: The Coming Out Declaration of a Gay Man) will be launched in Jakarta on April 17, followed by a speaking tour of several major cities. He says he is ready for whatever reaction the book may get; it has several graphic passages about his sexual awakening and a harrowing description of his torture by police in Aceh.
A slight, excitable man with a watchful gaze, he has been reviled on websites and received death threats by SMS. Although he sometimes wonders why gay rights is his calling, he has gone through too much to stop now, even if he is mostly going it alone. While gay people in the West are demanding the right to civil unions, most Indonesian homosexuals are firmly in the closet, despite gay men becoming an increasingly visible part of the urban landscape of Jakarta and other major cities. In conformist, religious and family-oriented Indonesian society, a "don't ask, don't tell" policy still exists for what is considered a deviant lifestyle.

It's not just the general public that is dismissive of the concept of gay rights. Many men who have relations with other men (lesbians in patriarchal Indonesia face their own issues) are not interested in the politics of their sexuality. They are uneasy, even hostile toward gay men who come out publicly. "They consider it wrong, that I'm strange for doing this," says Toyo, who adds that he does not blame them for their opinion. "They are part of a heterogenist society where they have been taught that being gay and their identity is just about sex. They're victims, too."

The youngest son from a large family of Javanese transmigrants, Toyo was raised in Binjai, North Sumatra. His father was a civil servant and his mother died when he was about two. It was a deeply religious community, and Toyo would study at a madrasah after regular school. He says he is a product of his Javanese ancestry and the more forthright approach of the local Batak people. He knew early on that he was different. In his book, he tells of declaring to his friends in elementary school that he didn't like girls, which was met by a chorus of laughter. His teenage years were marked by intense feelings of guilt about his homosexuality.
It was only later, when working for an international NGO, that he developed a greater understanding of his identity. He describes an almost mystical experience when all of his repressed feelings and anger suddenly poured out during a meditation session. He read up on homosexuality from websites, and gradually began to come out to colleagues. His tenuous reality of acceptance was shattered after he moved to Aceh to work in the field of women's and children's rights after the 2004 tsunami.

On a January night in 2007, a group of people broke down the door of his rented room in Aceh, beat him and his boyfriend, ransacked his possessions and called the police. He thought that he would be safe once in custody. Instead, for the next three hours, the two men, mainly Hartoyo, because he says he argued with the police, were subjected to abuse. In a Jakarta coffee shop on a Saturday morning, a world away from Aceh where sharia law is practiced, Hartoyo takes a deep breath when asked to describe that experience. He says he still shudders when he hears a sudden knock on his door. "We were treated like animals," he says of being stripped naked, forced to perform sex acts and being urinated upon. The abuse (the two men were later forced to sign a "contract" stating they would not engage in homosexual relations again) was humilating enough.

The reaction of others was also hurtful. Some said he should have known better than to have a homosexual relationship in Aceh of all places. "I couldn't believe what I was hearing," he says indignantly. "Aceh is still part of Indonesia and the police are supposed to protect citizens ... torture is barred even under war conventions. But everybody was silent when my case came out. I felt it was as though the torture was acceptable because I'm gay." He pursued his case against the police; when it finally came to trial in October 2008, four policemen were given suspended sentences and fined Rp 1,000 each, the same sentence that might be given for failing to wear a motorbike helmet on the road. He says he was shocked when the judge lectured him that the police had done the right thing in their treatment of him, thereby preventing another tsunami hitting Aceh. "I was the accused, not the victim," he says. If anything, such treatment has emboldened him.

He denounced the media frenzy last year surrounding serial killer Ryan, which painted homosexuals as jealous, possessive characters with psychopathic tendencies. He plans to send his book to President Susilo Bambang Yudhoyono and the Aceh Police chief, among others, in the hope that his case may be reopened. He wants gay people living in remote corners of the country to read his story and know they are not alone. He also hopes that one day at least one respected Indonesian public figure will be brave enough to come out. "I've chosen to publicize my experiences and campaign about this, and that means I'm ready for the consequences of my choices," he says. "Let others disagree with my position, as long as they don't use violence or don't try to force what they want on others. If they don't agree, then let's engage in dialogue. We're still a democratic country." 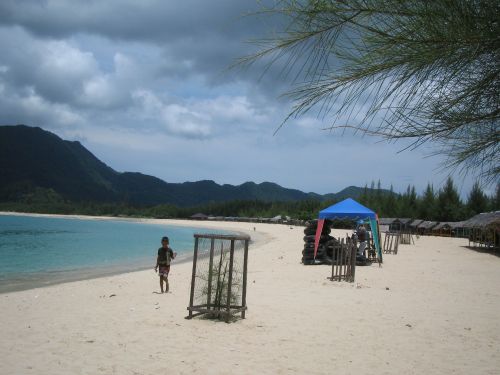